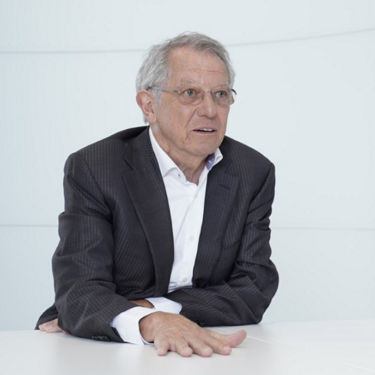 Last summer we were inundated with images offire at its most frighteningly destructive. Images ofterrified travellers stuck inside Greek airline terminals while the wildfires rage; of holidaymakers trying tooutrun the flames on the French Riviera – these arethis year’s equivalent of the famous shot of golfers atthe Beacon Rock Golf Course calmly lining up theirputts against a background of burning forests. These are the visual metaphors that have brought the unimaginable into our daily lives. They are postcards from the frontline of the climate emergency– a story that has become stranger than fiction.

This year, we have seen temperatures rise to levels at which they pose a significant threat to human life. Pakistan and Sicily have recently recorded temperatures of over 50°C. At this level even the fittest human body struggles to cope. Even in the planet’s coldest places temperatures are rising dramatically. The rate of warming in Greenland and the Arctic,for example, is faster than anywhere else on Earth.The result is a dramatic and irreversible loss of sea ice and permafrost. In Siberia, often referred to as ‘the Pole of Cold’, summer temperatures of 30° Chave become commonplace. The town of Lytton, British Columbia, made headlines around the world when temperatures there reached of 49.6°C.

The consequences of such warming and loss of sea ice have been fierce and swift. Flash floods have levelled thousand-year-old villages in Europe; entire neighbourhoods have been submerged in China; wildfires have incinerated millions of acres of forest destroying precious biodiversity and annihilating species. These are not the harbingers of a crisis; they are the thing itself. This is it. The fire, long foreseen, has finally arrived. It is as if the future has somehow slipped into the present while we have been busy looking elsewhere and discussing long-term solutions.

And the bad news is that there is worse to come. The effect of sea level rise produced by the melting ice sheets in Greenland and the Antarctic will dwarf our current dangers. Make no mistake, if we fail to deal with the climate crisis we will, as the late Kofi Annan, President of the Prix Pictet, predicted in his foreword to our first publication Water, soon be fighting wars over food or water. As this summer’s events have unfolded, I have found myself returning to these words from James Baldwin’s brilliantly prophetic The Fire Next Time:

“…neither I nor time nor history will ever forgivethem, that they have destroyed and are destroyinghundreds of thousands of lives and do not know itand do not want to know it… it is not permissible thatthe authors of devastation should also be innocent.It is the innocence which constitutes the crime.1”

These words, originally written over half a century ago to define the plight of the ‘American Negro’, could stand as the judgement of future generations if we continue to do nothing and especially if we are unable to compel the world’s political leaders to act.

It is precisely here, at the intersection between showing and telling, that the Prix Pictet has such an important role to play. The media is saturated with images that illustrate the unfolding horrors. This is so to such an extent that the power of the images alone is much diminished. The world is not short image-makers, yet precious indeed are the gifted visual storytellers whose narratives have the power to wake a sleeping world and to cajole our leaders, and each and every one of us, into action.

Each of the thirteen artists shortlisted for the Fire cycle of the Prix Pictet ably demonstrates that skill, yet they choose to deploy it in a variety of ways. At one end of the spectrum, artists like Lisa Oppenheim, Daisuke Yokota and Carla Rippey create powerful poetic abstractions, beneath the surface of which powerful forces are at play. Rippey, for example, pairs images of volcanoes with those of lynchings in Mexico and the self-immolation of desperate Palestinians. And at the other end of the spectrum, Brent Stirton’s report from India, Burns Capital of the World, is an unflinching set of portraits of badly burned girls and boys. It is a bleak vision underpinned by the story of Dr Subodh Singh, a talented plastic surgeon, who has established a clinic to treat the most impoverished burns victims.

The impact of fire on urban lives is an important theme for three of the shortlisted artists. Mark Ruwedel makes fire a central character in his epic series, LA Fires. Fire is of course an integral part of the ecology of southern California and Ruwedel’s charred and empty landscapes are a stark testament to the ever-lengthening Californian fire season.

The Port of Beirut explosion of August 2020 was a human and ecological catastrophe that destroyed a third of the city, killing over 200 people, injuring more than 6,000 and leaving 300,000 homeless. The catastrophe gave a chilling new resonance to the images from Joana Hadjithomas and Khalil Joreige’s Wonder Beirut series that was originally conceived as a document of the Lebanese civil war – thus visiting destruction upon destruction. Conflict and conflagration are never far apart. Mak Remissa’s smoke-filled images conjure memories of the day (17 April 1975) when the forces of the Khmer Rouge turned Phnom Penh into a ghost town. For Remissa, whose own family were decimated by the Khmer Rouge, his story serves as both a memorial to those he lost and a stark reminder for us all of the horrors of tyranny.

This intertwining of personal memory and reflection with wider concerns is an important element in the work of many of the shortlisted artists. Rinko Kawauchi, for example, uses the fleeting beauty of fireworks as a reflection on beauty and mystery in a chaotic world; David Uzochukwu creates a postblaze fantasy in which the self and the environment are inextricably fused. Christian Marclay’s Fire is a reflection on the fear and anxiety associated with the raging pandemic, the erosion of democracy, systemic racism and the damage to our environment. Fabrice Monteiro weaves fantasy from fire – creating a prophesy in which every scourge, every problem concerns not only the place where it happens but the whole of humanity. In so doing he exemplifies the central purpose of the Prix Pictet: namely to highlight images that remind us that the issue of global sustainability is not a problem for someone else in another, stranger, place; it is a matter of urgent concern for us all.

And finally, as Sally Mann charts the devastating unending fires in the Great Dismal Swamp of Virginia that arose in large part from the climate catastrophe, she draws a parallel with the great fire of racial strife in the USA. Mann suggests the possibility of fire as a kind of curative: ‘Something about the American character seems to embrace the apocalyptic as solution, the Fire Next Time’.

And so, we return at last to James Baldwin’s great book in which he also wrote ‘the impossible is the least we can demand’. Even now there are solutions of the issues we face. Even though it is very late and even though it will take an enormous amount of effort and political will, it is still possible to imagine a future in which we repair our damaged planet and secure a manageable future for humanity. The images presented in this book will – in their many different ways – help steel us to that task.

David King is Founder and Chair of the Centre for Climate Repair at the University of Cambridge. He was born in South Africa in 1939 and educated at St John’s College, Johannesburg and the University of Witwatersrand. From 2013 until 2017, he was the Foreign Secretary’s Special Representative for Climate Change (SRCC). He was formerly Director of the Smith School of Enterprise and the Environment at the University of Oxford and the UK Government’s Chief Scientific Adviser and Head of the Government Office of Science from 2000 to 2007. He has published over 500 scientific papers and has received numerous prizes, fellowships and honorary degrees. He was knighted in 2003 and made Officier dans l’Ordre national de la Légion d’honneur in 2009.